What is Zika virus?

Zika virus disease (Zika) is a disease caused by the Zika virus, which is spread to people primarily through the bite of an infected Aedes species mosquito.

Zika virus was first discovered in 1947 and is named after the Zika Forest in Uganda.  In 1952, the first human cases of Zika were detected and since then, outbreaks of Zika have been reported in tropical Africa, Southeast Asia, and the Pacific Islands.

What You Need To Know 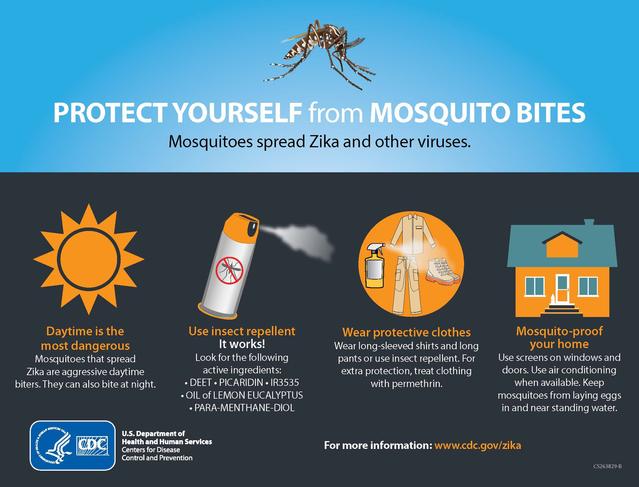 WHAT CAN I DO 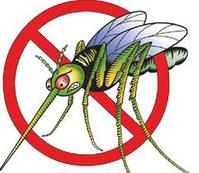 The most common symptoms of Zika are:

The illness is usually mild with symptoms lasting for several days to a week after being bitten by an infected mosquito.

People usually don’t get sick enough to go to the hospital, and they very rarely die of Zika. For this reason, many people might not realize they have been infected.

However, Zika virus infection during pregnancy can cause a serious birth defect called microcephaly, as well as other severe fetal brain defects.

Once a person has been infected, he or she is likely to be protected from future infections.

There is no specific medicine or vaccine for Zika virus.

From Mother to Child

A pregnant woman can pass Zika virus to her fetus during pregnancy. Zika can cause of microcephaly and other severe fetal brain defects. The CDC is studying the full range of other potential health problems that Zika virus infection during pregnancy may cause.

A pregnant woman already infected with Zika virus can pass the virus to her fetus during the pregnancy or around the time of birth.

To date, there are no reports of infants getting Zika virus through breastfeeding. Because of the benefits of breastfeeding, mothers are encouraged to breastfeed even in areas where Zika virus is found.

Zika virus can be spread by a man to his sex partners.

In known cases of sexual transmission, the men developed Zika virus symptoms. From these cases, we know the virus can be spread when the man has symptoms, before symptoms start and after symptoms resolve.

In one case, the virus was spread a few days before symptoms developed.

The virus is present in semen longer than in blood.

There has been 1 recognized case of female-to-male sexual transmission of Zika in NYC (July, 2016).

Prior to the current outbreak, there were four reports of laboratory acquired Zika virus infections, although the route of transmission was not clearly established in all cases.

As of June 15, 2016, there has been one reported case of laboratory-acquired Zika virus disease in the United States. 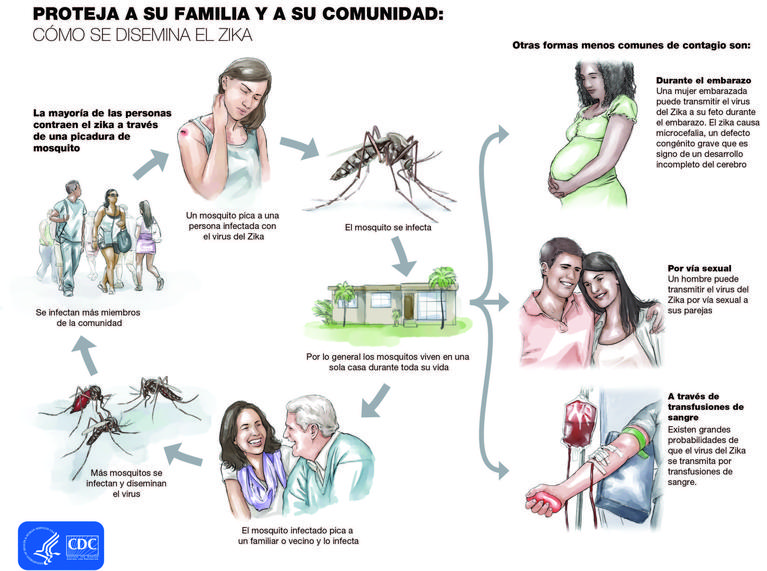 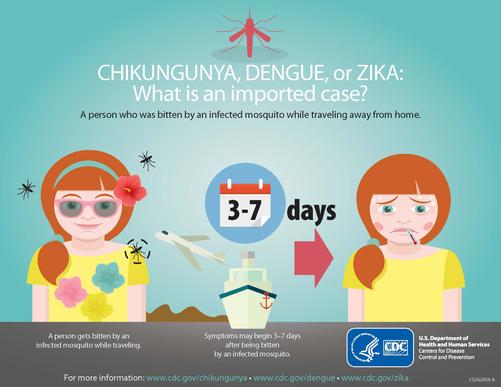 Follow these tips from the Centers for Disease Control and Prevention (CDC) to protect yourself, family members and neighbors from mosquito bites.

If you are traveling to an area with Zika, please consult with your doctor first.

Zika virus is transmitted to people primarily through the bite of an infected Aedes species mosquito (Ae. aegypti and Ae. albopictus).

These mosquitoes typically lay eggs in and near standing water in things like buckets, bowls, animal dishes, flower pots and vases.  They prefer to bite people, and live indoors and outdoors near people.

Mosquitoes that spread Zika are aggressive daytime biters, but they can also bite at night.

Mosquitoes become infected when they feed on a person already infected with the virus. Infected mosquitoes can then spread the virus to other people through bites. 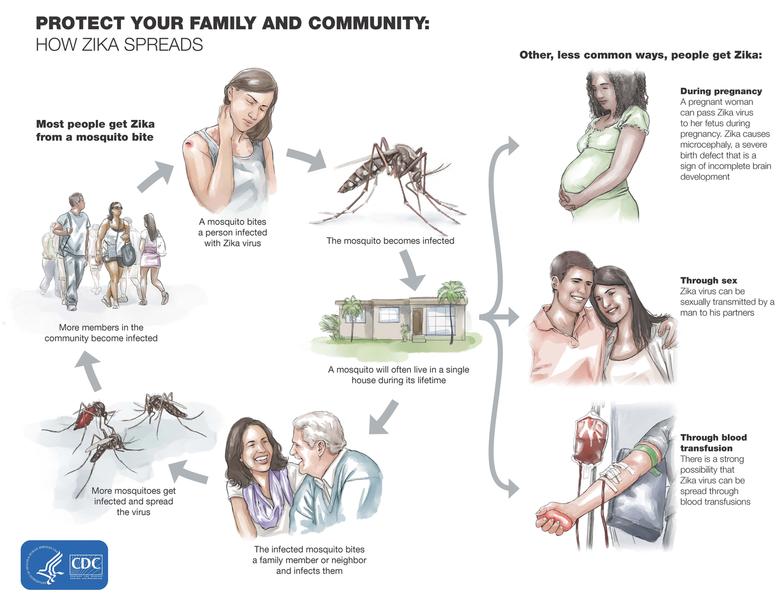